This is officially our first post on Tech Envy! I say “official”, because we wanted to launch the website in 2013 and we actually started on another platform. But upon further deliberation, my brother and I decided to migrate to a new blogging platform. 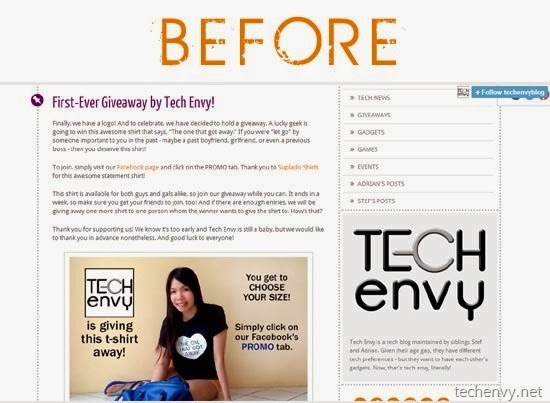 …And this is how our blog looks like now! 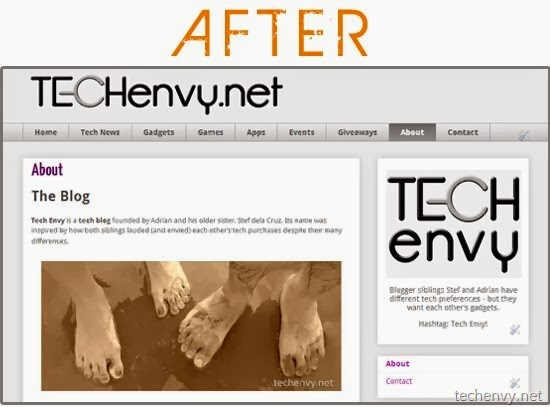 Anyway, as I was saying, this is officially our first-ever article on Tech Envy. I was about to announce it on our social networks, but of course, my brother, Adrian, had to disagree first. “It’s not our first blog post!” he argued. You’ll see why he said that later on.

The Other Tech Envy Blogger: Adrian, a.k.a. My [Evil] Brother

Adrian, an engineer who is more than a decade younger than me (but they say I look younger - so, whatever) insists that this is not our first post. That doesn’t surprise me one bit. It’s not the first time he had an opinion different from mine.

Let this table illustrate our differences.

As you can see, I prefer Android, but he’s one of the iFaithful who worship Apple.

It’s therefore understandable that we have different preferences in terms of gadgets, games, and everything tech-related!

If you’re curious why our blog is named “Tech Envy”, I’m on it – just stay with me and you’ll find out soon enough. (You might also want to check out our about page – our history in a nutshell is all there.)

It’s weird that we actually envy each other’s gadgets, however. We actually end up wanting what the other one has!

In fact, that’s why our website is called Tech Envy in the first place. Maybe we secretly respect each other’s opinion. And maybe that’s why we are pretty darn close.

Anyhoo, welcome to our “official” first post on Tech Envy! We will be writing about gadgets, games, apps on both Android and Apple, events related to technology, and tech news. Once in a while, we will even be holding giveaways!

Connect with Us, Techies!

Bear with us – and please don’t be too shocked if you find my brother and I bickering. Don’t be too surprised, too, if you catch us borrowing each other’s gadgets when the other’s not looking!

In case you haven’t dropped by our Facebook page yet, do join us there. We’re also on Google Plus – all good bloggers are, so we figured we should join the club! If you’re addicted to Instagram and Twitter, so are we – just add us up and we hope to see you online!

By the way, we have one little campaign going on right now. If you’re a gamer and you want to be featured on Instagram, head over to this promo post and find out how you can join!

If you’re a geek or a nerd (yes, they’re different!), we would love to hear back from you. Don’t hesitate to say hi by leaving a comment! Thank you for visiting Tech Envy! For the record, it’s officially our first post. Regardless of what my brother says. Hmp.